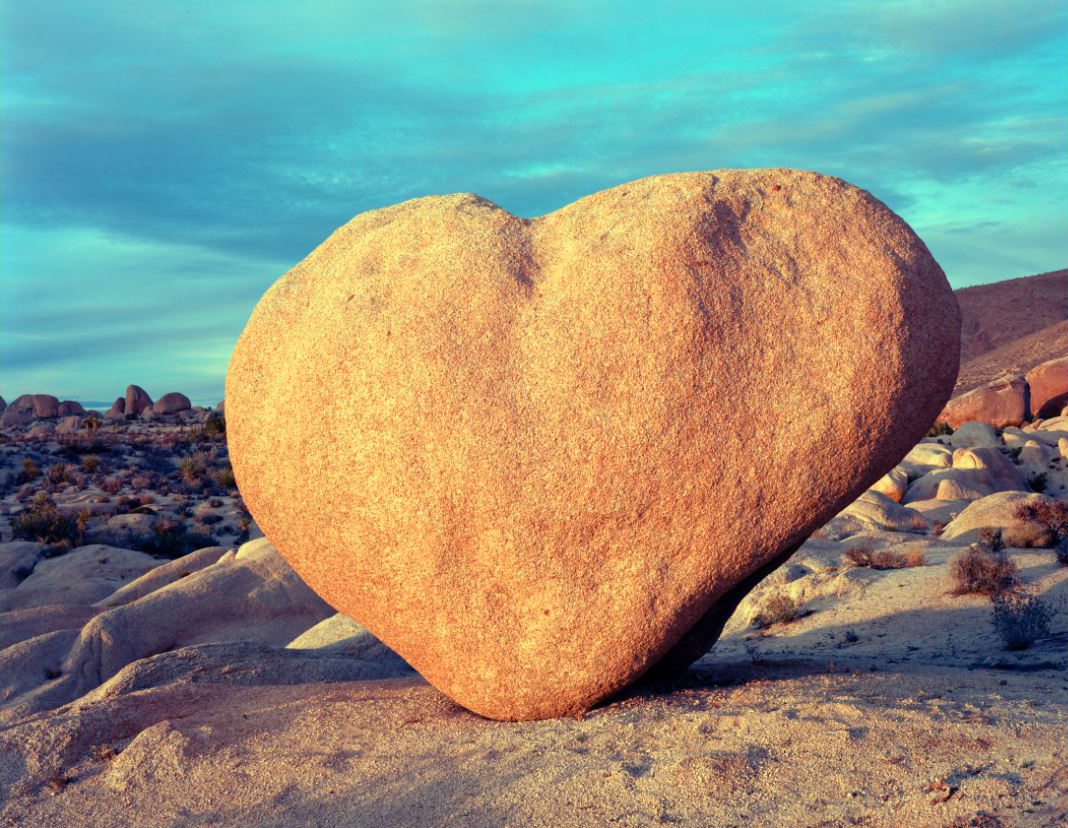 Artist's Statement:  The photos from Joshua Tree National Park feature granite stone formations that take the forms of spheres, Valentine hearts, and cliffs consisting of diamond-shaped boulders that are fitted together. In initiating my Joshua Tree project, I viewed photography books devoted to this park, and at first considered the photographs of boulders bathed in the golden light of sunset to be an overused cliché. But after some 20 trips to Joshua Tree, I arrived at the conclusion that the golden glow provided in the last minute of daylight was essential for photographing some of the boulders.

The photos from Death Valley National Park are of Mesquite Dunes, and include a type of sand dune called a barchan. Photographing Mesquite Dunes I found that in addition to the issue that the dunes can only be photographed in the first two hours of the day or in the final two hours before sunset, an unpredictable feature of the dunes is that their shape changes from year to year. In one year, the dunes may comprise sharp edged sand walls that undulate up and down across the dune field. But in other years, these walls may be deteriorated to the point where they take the form of elongated hillocks lacking any sharp edges. Wind is the dune photographer's friend, because it generates interesting flags of sand that take flight at the crests of the dunes, and because it scrubs out footprints. By avoiding any traces of human activity, all of my photos are free to evoke a sense of timelessness.

About the artist: Tom Brody received a Ph.D. in biochemistry from the University of California at Berkeley. The techniques used in landscape photography are similar to those used for biochemistry. These include, learning what Mother Nature has to offer, determining the optimal conditions for getting Mother Nature to cooperate with you, and learning additional techniques from established practitioners in the relevant art and science.

The photographer can be reached at: tom5brody@outlook.com

IN THE PHOTOLAB GALLERY

Gallery Hours: Monday to Friday 9am to 6pm, Saturday 10am to 4pm, Sunday 11am to 3pm
Driving Directions